We love baking and testing recipes using different plant-based milks and other whole-food ingredients. As a result, we tested this vegan pear and almond cake recipe a few times before feeling comfortable with the overall taste and texture. It’s one of our older previously published recipes and is now making a comeback!

In short, what makes this recipe such a success is the mix of white spelt flour and almond meal. It creates a lovely fluffy textured end product. Since the original recipe, we’ve added lemon to the mix and found that when pears are left to sit in the lemon juice, they bake slightly differently, and it adds a delicious zesty flavour to each bite.

Ingredients for the cake

Although other types of flour may result in equally delicious cake, ingredient quantities may have to be changed to adjust to the kind of flour used. If possible, we would suggest using spelt flour for its beautiful nutty flavour. Moreover, spelt and orange seem to compliment each other, which is why we loved adding orange juice to this recipe.

Please do come back and leave us a comment if you make this recipe for a special occasion. We’d love to hear from you! 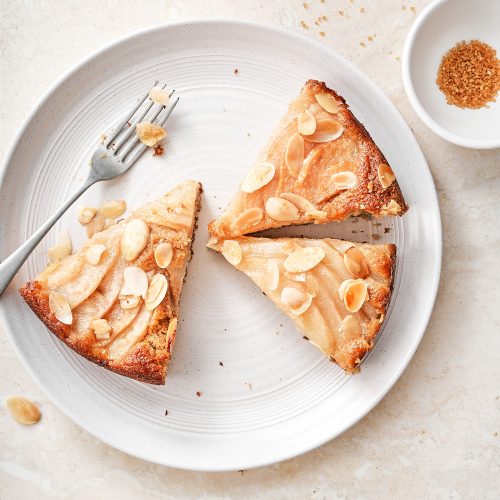 The Best Ever Vegan Pear and Almond Cake

This vegan pear and almond cake is the perfect #slowfood dessert. It is light and fluffy, full of flavour. You will be pleasantly surprised!
5 from 1 vote
Print Recipe Pin Recipe

For the dry mix

For the wet mix

This is such a great recipe! It’s simple and easy to follow, yet SO delish!

Thank you so much! And we agree, it’s simple, delicious and good for any occasion.

When you’re looking for a carrot cake recipe ins

Sometimes you need a quick snack that isn’t a cu

You have to try this!!! Easy to make puff pastry a

Ultra fudge brownies with crackly top. Given these

The best vegan chocolate chip cookies made with @n

Peanut butter on demand 🌱 #plantbasedfood #who

Vegan tofu scramble…you have to see it to believ

Welcome to At Home Plant-Based! We hope to create something meaningful for the growing plant-based community and spread our love of plant-based recipes. 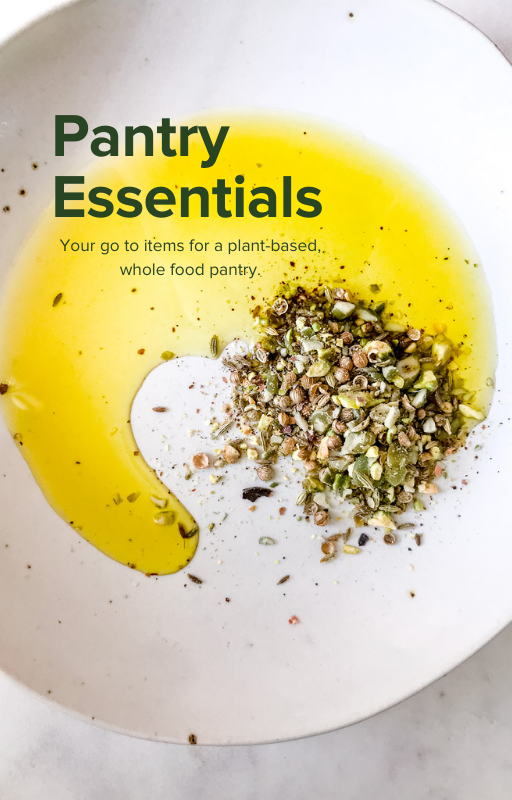 Sign up to our e-newsletter and receive a copy of your  FREE Plant-Based Pantry Checklist!